The battle for the pink jersey

May is Giro month. The Giro d'Italia, known visually above all for its maglia rosa and trofeo senza fine, guarantees tough and spectacular stages. Many experts consider the Tour of Italy to be the toughest and most beautiful of the three Grand Tours. No wonder that on the occasion of its 100th race, the race chose the motto: amore infinito or infinite love. In a nutshell, we take you along some milestones in the history of the Giro. 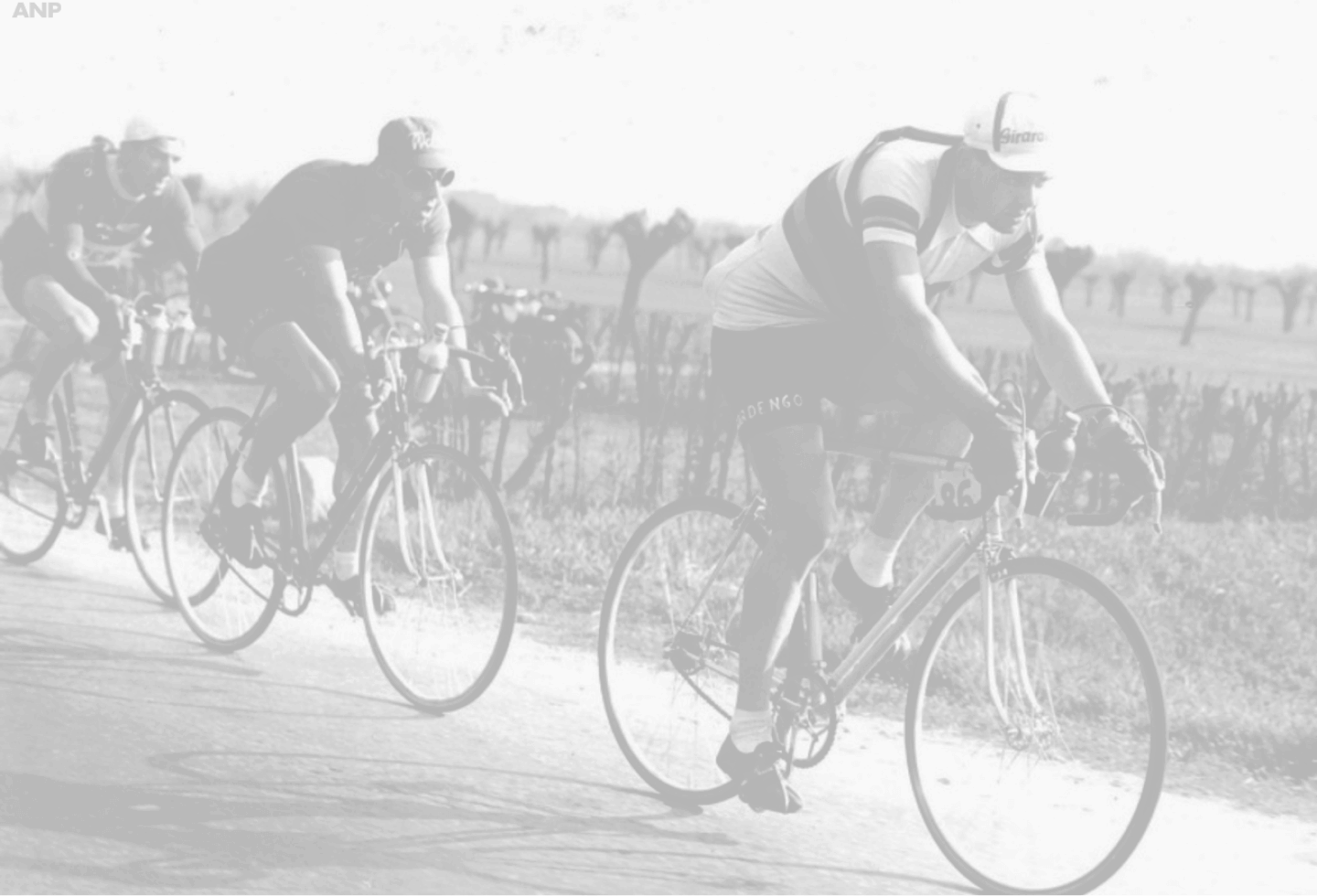 The Tour of Italy, better known as the Giro d'Italia, took place for the first time in 1909. The Giro was the answer to the popular French stage race 'Tour de France' that started in 1903. On 13 May 1909, 127 riders started in the first Giro, almost all Italians. Luigi Ganna won the first edition. The driving force behind this stage race was the Gazetta dello Sport.

Bersaglieri on a Bianchi

Between 1915 and 1918 the Giro was not held due to the First World War. Carlo Oriani, winner of the Giro in 1913, fought during that war with the bersaglieri, the Italian elite troops. The Bersaglieri use special military bikes, made by national pride Bianchi. Oriani does not survive the war, fighter Ottavio Bottechia discovers his capacities as a soldier and expands on them after 1918. Bianchi launches a successor to its first batch of military bikes around 1923.

Since the 1930's more and more foreign riders appear at the start of the Giro. One of them is the Belgian Jef Demuysere. Demuysere performs very well in Italy. In 1932 and 1933 he finishes second in the Tour of Italy. Two years later he wins Milano - SanRemo. In 2007 Demuysere got a statue and a street name in his hometown Wervik.

In 1947 Lucien Vlaemynck started in the Giro together with his compatriots Sylvère Maes and Roger Desmet. The three Belgians are occasional riders with the Italian Olmo team. On 2 June 1947 Lucien writes this letter to his wife from Naples: "Dear Palma, at last I have a chance to write to you. Too much I have to say to put it on this little piece of paper..." Bad luck forced Lucien to abandon the very last stage 100 km from the finish.

Whoever says Giro, immediately thinks of the Italian greats Alfredo Binda, Gino Bartali and Fausto Coppi. These three gentlemen dominated the Tour of Italy in their own time. Binda won five editions between 1925 and 1933. Bartali took the final victory three times between 1936 and 1946. Fausto "Il Campionissimo" Coppi equalled Binda and won the Giro five times between 1940 and 1953.

The angel of the mountains

Luxembourg's Charly Gaul is a notable name on the Giro's record. At a time when the Giro is still dominated by the Italians, he wins the 1956 and 1959 editions. Gaul writes history in 1956 during the stage with passage over the Monte Bondone. In icy weather conditions, Charly defeats the opposition. The 'Angel of the High Mountains' wins the stage with a lead of more than 10 minutes and thus lays the foundation for his first overall victory.

In 1968, a Belgian wins the Giro for the first time. His name: Eddy Merckx. Merckx impresses during the ascent of the Tri Cime di Lavaredo. The rider from Brussels started ten minutes behind on this final climb but still won the stage in very harsh weather conditions. Eddy wins the Tour of Italy five times and is thus on a par with Alfredo Binda and Fausto Coppi.

The Spanish rider José Manuel Fuente was a true climber. Fuente, or El Tarangu, won the mountain classification in the Giro four times in a row between 1971 and 1974. This trophy dates from 1973.

In the post-Merckx era, new Belgian success in the Giro was soon in order. In the 1977 edition the Belgian Flandria team dominated from start to finish. Freddy Maertens won no less than 7 stages, but in the end it was teammate Michel Pollentier who took the final victory. One year later, Johan De Muycnk is another Belgian who wins. De Muynck is to this day the last Belgian winner of the Giro.

Roberto Visentini has competed against Guisepp Saronni several times during his career. During the Giro of 1986 Visentini shows himself the superior of Saronni. Unfortunately for him he only won one race, while his rival Saronni won two races with his name on the list of honour.

The Giro Rosa is the name of the female edition of the Tour of Italy. The first edition was already held in 1988 and won by the Italian Maria Canins. The points jersey dates back to 1996 and belonged to the German Regina Sleicher.

In 1996, the Italian sports newspaper Gazetta dello Sport celebrated its 100th anniversary. To celebrate this happy event, the newspaper publishes a tribute book with 100 striking covers. Of course the Giro is not missing in the book full of pink coloured covers.

The official road book of the Giro d'Italia has long been known as Il Garibaldi. This 400-page turf is an extremely useful reference work for riders and commentators alike. And the name on the cover? It refers to Guiseppe Garibaldi (1807-1882), a general/politician who played a very important role in the Italian unification struggle in the 19th century.

100th anniversary of the Giro

During the 100th edition of the Giro, the German sprint champion André Greipel experiences a unique moment. In the second stage he outsmarted the entire peloton and took the victory. As a dessert he also gets the pink leader's jersey. On the podium "the Gorilla" celebrates his double victory with this bottle of spumante.

Talk about a top transfer. In 2019, Italian Giulio Ciccone will make the move to TREK-Segafredo. Ciccone immediately impresses at the Giro that year: he wins a stage and takes the overall victory in the mountain classification. That the Italians take care of their heroes is shown by this finely finished leader's jersey of Ciccone. On the inside of the col it says: "baste un secondo per entrare nella storia", which translates to "It only takes a second to step into our history".

Bersaglieri on a Bianchi

The angel of the mountains

100th anniversary of the Giro

Your browser does not meet the minimum requirements to view this website. The browsers below are compatible. If you do not have one of these browsers, click on the icon to download the desired browser.